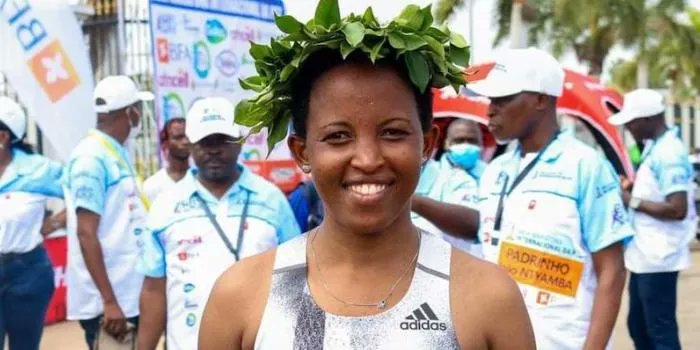 Damaris Muthee Mutua was found dead in the town of Iten in Kenya. Her body was in a state of decomposition, the Kenyan police reported. Her boyfriend is the main suspect.

The town of Iten, Kenya has been hit by another tragedy. One year after the murder of Agnes Tirop, another athlete has been killed in this town in the west of the country. It was Damaris Muthee Mutua, 28 years old.

Born in Kenya, Damaris Muthee Mutua defended the colors of Bahrain. But she was training in Iten, which is home to a long-distance runners' center. Her body was found "in a state of decomposition in the town of Iten, in the Rift Valley", local police chief Tom Makori told the AFP news agency.

As with the murder of Agnes Tirop, Mutua's partner is the main suspect. The Kenyan police are on a manhunt for him. He is an Ethiopian who is believed to have fled. Mutua's boyfriend was training at the same center and may have left the country, police said.

"The suspect called a friend and informed him that he had killed his girlfriend and that the body was in the house," Tom Makori told Reuters news agency.

The Kenyan Athletics Federation sent its condolences to Mutua's family and friends and praised his talent. 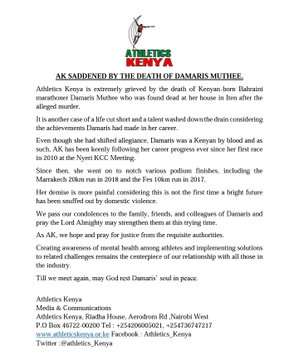