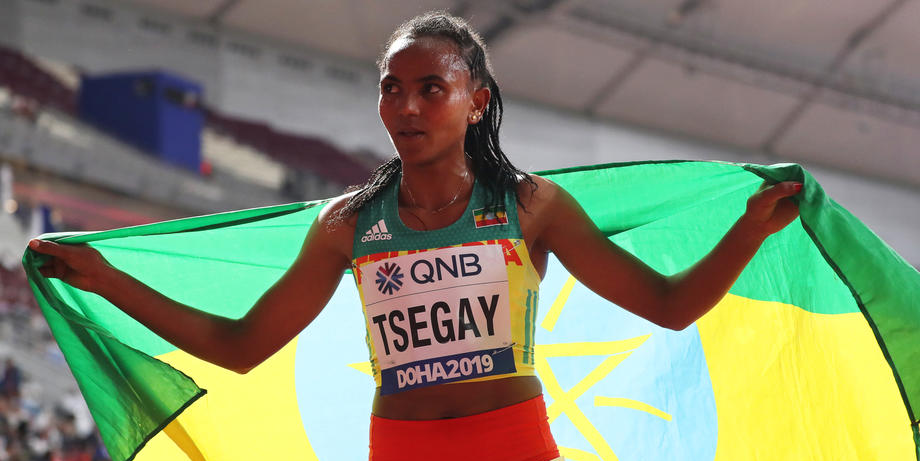 The World Indoor Athletics Championships start this Friday 18 March in Belgrade. The competition will continue until 20 March. Several African athletes are expected to participate, including the reigning world champion and record holder in the 1500m indoor event, Gudaf Tsegay. The Ethiopian athlete will try to improve her own world record.

Tsegay to break her world record
Will Gudaf Tsegay improve her world indoor record in the 1500m? The Ethiopian has tried twice this season without success. She was very close to setting a new world record in Poland. The Olympic bronze medalist in the 5000m had set a time of 3:54:77, the second best time in the history of the indoor distance. But this will only be a temporary setback for the reigning world champion in the 1500m indoor. The World Indoor Championships open this Friday 18 March in Belgrade. And Tsegay will indeed be on the starting line. She is confident of improving her world record. "I'm sure I'm in shape to break the world record in the 1500m," said Tsegay after her performance in Torun.

Her compatriot Samuel Tefera will also defend his title over the same distance. The world indoor record-holder, who was crowned in Birmingham in 2018, will be on the starting line for the 1500m.

The Grima-Barega battle
In Belgrade, we will witness the duel between Ethiopians Selemon Barega and Lamecha Girma. Who will win gold in the 3000m? The suspense is total. The compatriots have already faced each other this season. The Olympic 3000m steeplechase runner-up Girma (7:31:09) won ahead of the reigning Olympic 10000m champion Barega (7:31:39) in Torun, Poland. However, Barega had taken his revenge at the Madrid meeting. He won the race ahead of his rival with a new meeting record of 7:34:03.

Brume for history
Ese Brume will take part in these first World Athletics Indoor Championships in Belgrade. And the long jump specialist intends to make history in the Serbian capital. She is looking to become the third Nigerian athlete to win medals at the World Indoor and Outdoor Athletics Championships and the Olympic Games. The reigning African champion won bronze at the 2019 Doha Worlds and the Olympics. The African record holder in the event is hoping to glean a medal in Belgrade and join Glory Alozie and the late Sunday Bada. The two Nigerians who achieved this feat.

Halima Nakaayi to make triumphant return
Halima Nakaayi will face a tough field in the 800m. The Ugandan will be up against in-form Tokyo 2020 Olympic runner-up Keely Hodgkinson and Jamaica's Natoya Goule. Nakaayi holds only the third fastest time of the season (1:59:58) behind Hodgkinson who has a season's best time of 1:57:20. Goule came second in 1:58:46. Nakaayi is starting to get back to full fitness after her knee injury. The reigning 800m world champion could therefore create a surprise in Belgrade.