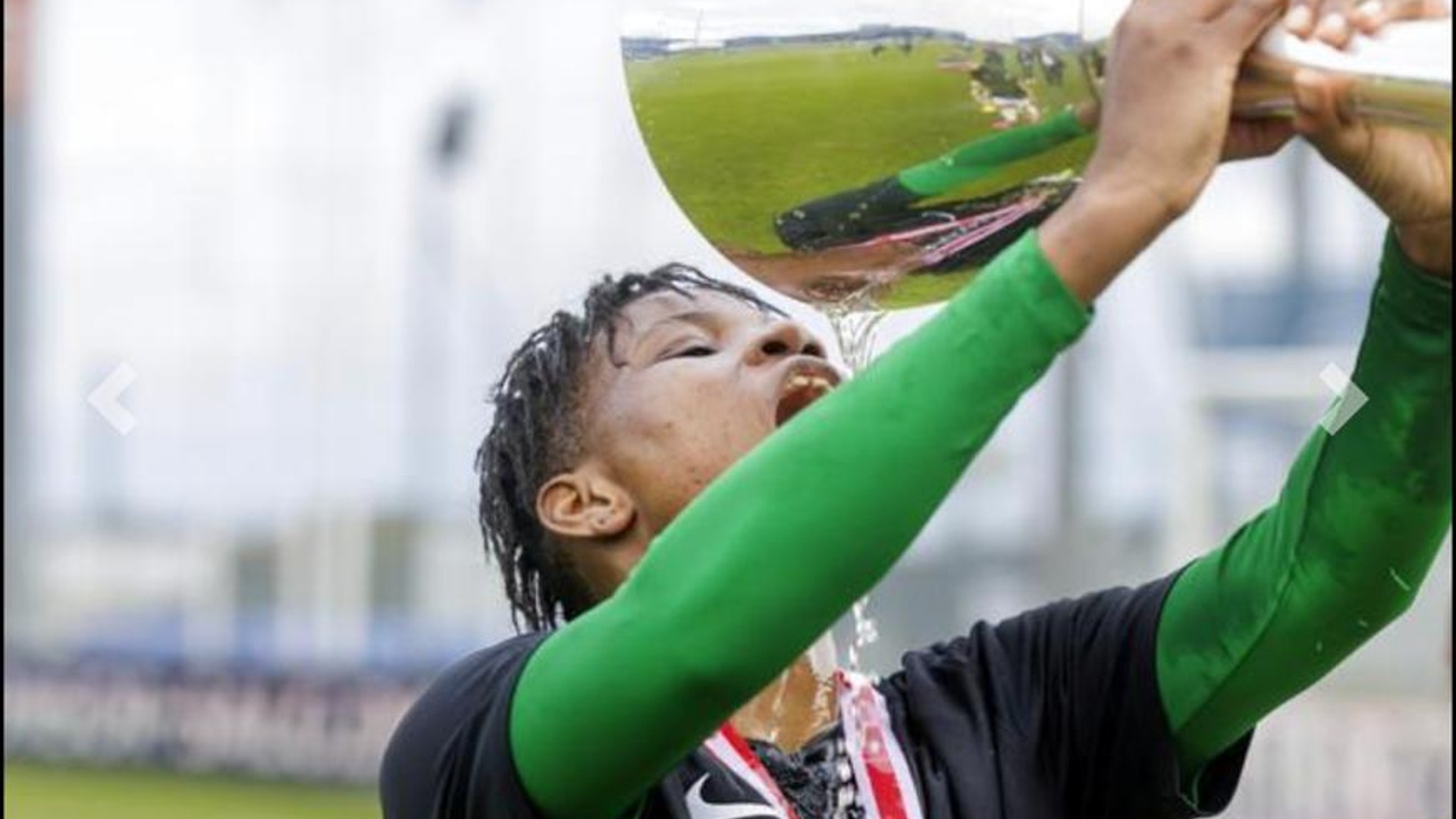 Joy Ogochukwu Omewa helped Fortuna Hjorring to the 2022 Danish Women's Cup triumph following a 3-1 victory over Thisted in the final encounter at the Hjorring Stadium on Friday.

Omewa has been in fine form in the 2021-22 Danish Elitedivisionen since she arrived on loan from B39 and was handed a starting role from the bench despite scoring against Thisted in a league tie recently.

Camilla Kur Larsen broke the deadlock for Fortuna Hjorring with her 37th minute strike before Hansen Baattrup doubled the advantage two minutes later in the first half.

After the restart, Thisted bounced back into the contest when Vibeke Andersen pulled one back in the 61st minute before substitute Olivia Møller Holdt struck six minutes from time to guarantee the victory for Fortuna.

Omewa, who has scored two goals for Fortuna in all competitions this season, replaced Holdt in the final 10 minutes of the encounter and almost got on the scoresheet at the death before her effort was denied by the goalkeeper.

Following the triumph, Fortuna and Omewa will shift focus on keeping up their title dreams alive, when they face Farum on May 21 on matchday eight of the Danish Championship round.

With 49 points from 21 matches, Fortuna, who are second-placed finish and six points adrift of leaders HB Koge are guaranteed a qualification place for next season's Uefa Women's Champions League qualifiers.

The 19-year-old forward is eligible to represent Nigeria at the FIFA 2022 U20 Women's World Cup in Costa Rica, where the Falconets will competing for the 10th time, having finished as runners-up twice.

The former Confluence Queens striker and 2020 Flying Officer Cup topscorer will hope for the chance to lead Nigeria's attack against France, Canada and South Korea in the group stage of the competition in August.