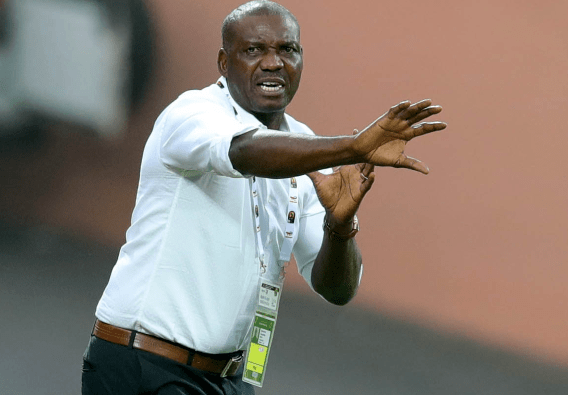 Eguavoen looks to the future

Coach Augustine Eguavoen has left his post as the interim coach of the Super Eagles following the country's exit from the Africa Cup of Nations, Cameroon 2021 on Sunday.

Eguavoen, who inspired the West Africans to a third place finish in 2006 edition, was appointed as interim manager of the senior national team in December following the departure of Gernot Rohr after five years in charge.

According to the NFF, Eguavoen's contract indicated that he is expected to leave his acting role to pave way for the take over of Portuguese tactician Jose Peseiro after the biennial African football showpiece in Cameroon.

With the Round of 16 loss to Tunisia confirming the Super Eagles' exit on Sunday, the 56-year-old gaffer opened up on his desires for the future in charge of the national side.

“You should understand that I am the interim coach and the technical director of the Nigeria Football Federation,” Eguavoen told the media.

“What will happen is that I will go back to my job and let the authorities decide what needs to be done.”

Despite Nigeria's ouster from the Afcon 2021, Nigerians are cheering for the Nigerian icon to retain his post following the superlative performances after group stage wins over Egypt, Sudan and Guinea-Bissau.

When asked about the intention to allow Eguavoen to continue, the NFF Director of Communications Ademola Olajire responded: “We are taking things one step at a time and we still have four matches to play."

Following the expulsion from the Afcon, media reports had reported claims of Eguavoen resigning from his post as interim manager but the Afcon 1994 winners has reacted to the development.

"I came here as an interim manager because of what's been played out," he told  BBC Sport Africa.

"Our former coach was relieved of his duties and it was just weeks before the Africa Cup of Nations.

"So that's why you see me taking this role and an interim man. Some of our journalists sometimes change words, which is not too good. But we will manage it."