AFCON 2021: Guinea camping in Rwanda ahead of AFCON 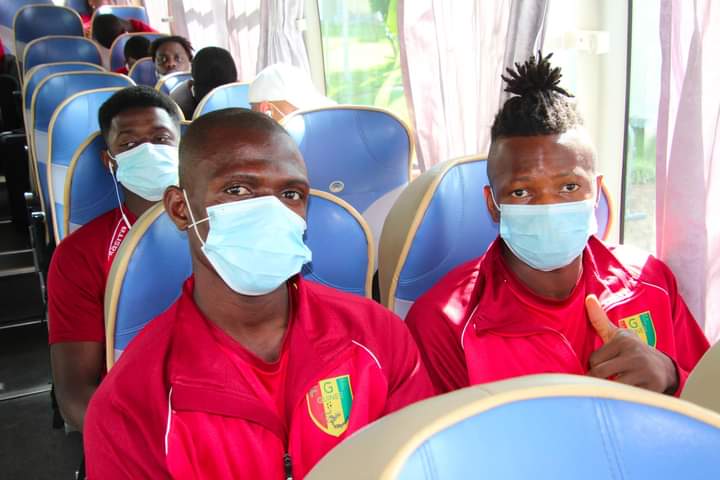 AFCON 2021: Guinea camping in Rwanda ahead of AFCON

Guinea’s national team has pitched camp in Kigali, Rwanda to prepare for the TotalEnergies Africa Cup of Nations (AFCON) 2021.

“Camping here in Rwanda will give us a good environment to prepare well. I hope we can also get some build-up matches with the Rwanda national team,” Guinea’s head coach Kaba Diawara said after the team arrived on Tuesday.

The Guinea team are placed in Group B alongside Senegal, Zimbabwe and Malawi. Diawara made it clear that they are determined to put up a better show than during the AFCON 2019 when the team reached the Group of 16.

“The team is very determined and well motivated to perform well in Cameroon. Coming to Rwanda to prepare gives us good time to concentrate and prepare well,” added the coach.

The Rwanda Football Federation, FERWAFA also confirmed that their national team will play two international friendly matches against Guinea on January 2nd and 6th at the Amahoro Stadium.

Senegal, the AFCOn 2019 runners-up had also planned to camp in Rwanda, but canceled the plans two days ago because most of their foreign based players can only arrive early next week.