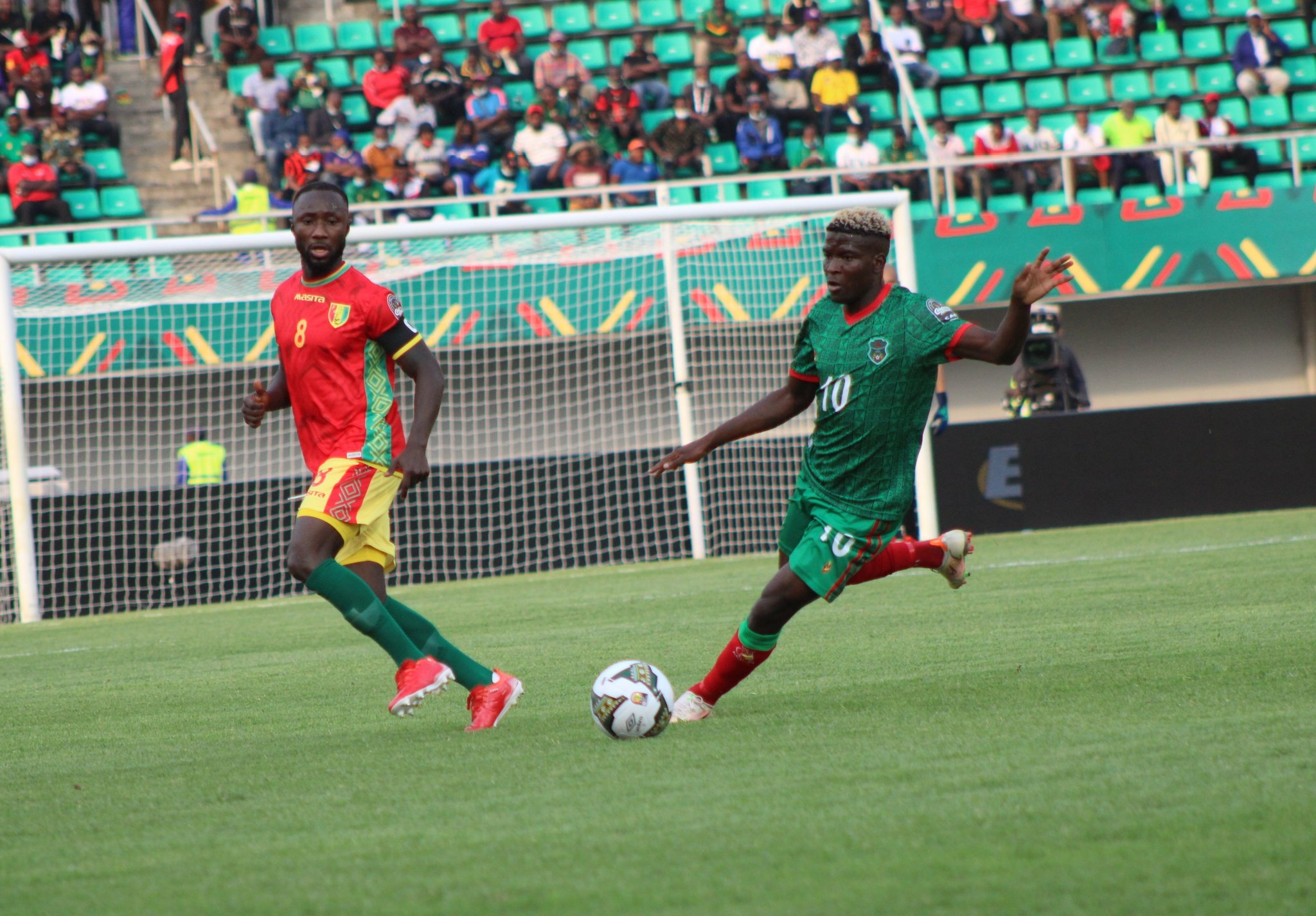 Guinea kickstarted their Africa Cup of Nations campaign with a narrow 1-0 victory in a tightly contested affair against Malawi on Monday, 10 January.

The two countries met in Bafoussam in a group B and it was the west Africans who came out top, despite a valiant effort from the Flames, who were without players such as Gabadinho Mhango and Richard Mbulu due to the Covid-19 pandemic which had hit the camp of the southern Africans.

Malawi should probably have taken the lead in the first 20 minutes of the match when striker Yamikani Chester was put through on goal by a defence splitting pass from midfield, but he rushed his effort and it landed harmlessly in the arms of Guinea goalkeeper Aly Keita.

Malawi were made to pay for that wasted opportunity when Guinea took the lead 10 minutes before the break.

Guinea’s left back Issiaga Sylla found himself in a good position in the opposition box when a pass fell into his path, which needed him to calmly slot home for the opener. He got the job done as Guinea took the one-goal lead into half-time.

Malawi tried to bounce back in the second half with an equalizer, but they were unable to get the goal they so desperately wanted to at least get a point out of the game.

Sylla’s first half strike proved to be the only goal of the game as Guinea joined Senegal on three points in group B. In the other group B match played on Monday, Senegal needed a last-minute penalty from talisman Sadio Mane to overcome a resolute Zimbabwean side.