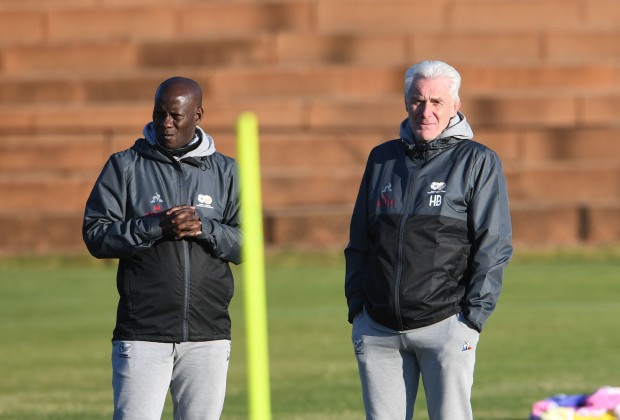 South African coach Hugo Broos has expressed his disappointment after his side squandered a first half lead, before going down 2-1 to Morocco in a 2023 Africa Cup of Nations qualifier played in Rabat on Thursday, 9 June.

The South Africans opened the scoring in the eighth minute through the boot of Belgian based striker Lyle Foster. Despite pressure from the hosts, South Africa were able to take their lead into half-time. South African goalkeeper Ronwen Williams made a couple of saves during the first half to ensure the visitors held onto the lead going into the break.

It took Morocco only six minutes into the second half to level matters, as Youssef el-Nesyri found the back of the net with a header from close range, much to the frustration of Broos on the Bafana Bafana bench.

The visitors thought that they would be able to walk away with one point, but Morocco left it late to score the winner, as Ayoub El Kaabi netted in the final three minutes of regulation time.

“I thought we could win, then after the goal we conceded, I was happy (to take) one point. But if you concede a second goal so close to the end, it’s disappointing,” Broos told the South African national team media department.

The Atlas Lions complete a perfect comeback in the dying moments of the game against Bafana Bafana! 🎯#TotalEnergiesAFCONQ2023 | @EnMaroc | @BafanaBafana pic.twitter.com/A6nKJINPu0