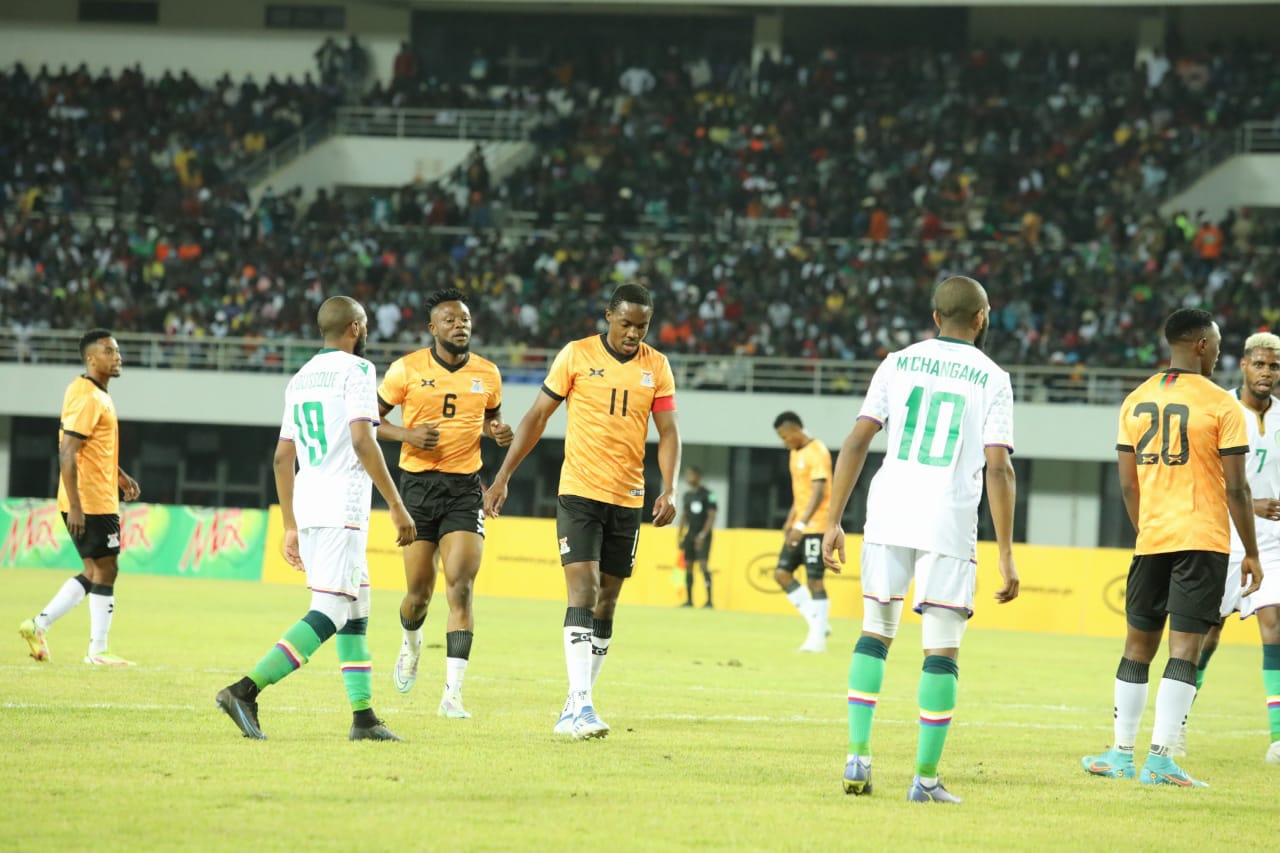 Zambian captain Enock Mwepu got the equaliser against Comoros

Zambia registered their first victory in the 2023 Africa Cup of Nations qualifier with a late goal against Comoros in Lusaka on Tuesday, 7 June.

Chipolopolo were beaten 3-1 by Ivory Coast away from home in their opening group H qualifier last Friday, 3 June, so they were determined to make the most of home ground advantage when they met Comoros.

But the hosts did not make the best of starts, as Comoros took a lead within the first 15 minutes of the game, taking advantage of an error at the back by the Zambians. Ben Nabouhane converted for the Comoros, giving the visitors a surprise lead.

Zambia fought their way back into the game and finally levelled matters in the second minute of stoppage time when captain Enock Mwepu rattled the back of the net with a well taken volley. The visitors were initially unable to make a proper clearance from a corner kick and the ball fell to the feet of Mwepu, who calmy controlled the ball before volleying it home to ensure the hosts were on level terms going into the break.

In the second half, Zambia were all over the visitors in search of the winning goal. It would take a while, but they finally got the goal they were looking for, and it was a touch of brilliance from Kings Kangwa. After Chipolopolo won a free kick outside the Comoros box, Kangwa stepped up and beautifully curled home the winning goal in the final two minutes of regulation time, ensuring that Zambian claimed all three points in front of their supporters.