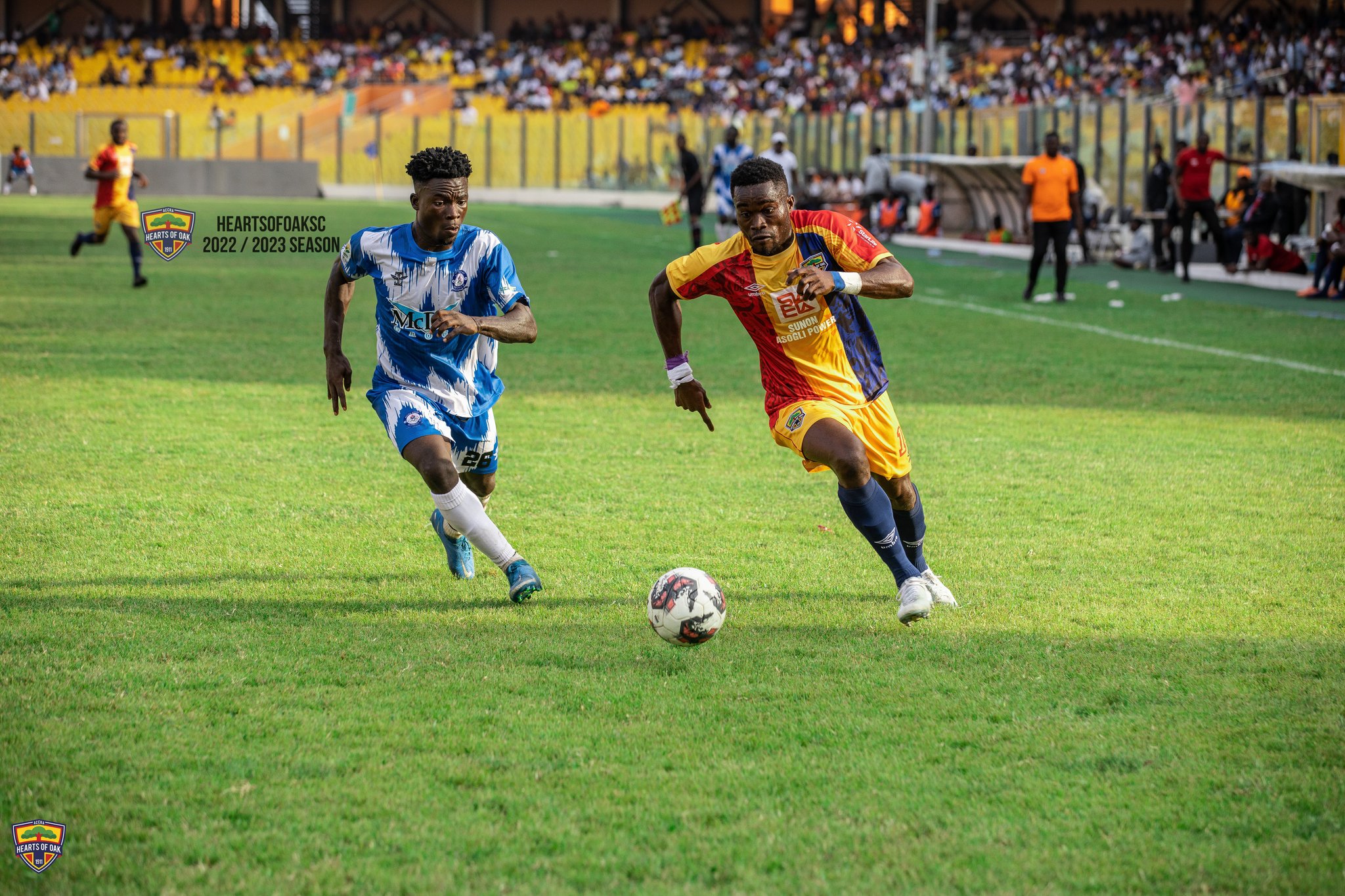 Match day two of the betPawa Premier League has ended with some quite shocking results across the various league centres.

A total of 7wins and 2 draws were recorded in 8 games.

The game between Bechem United and Asante Kotoko is postponed due to Kotoko's CAF Champions league campaign.

Premier league debutants Nsoatreman FC recorded their first victory of the season over Bibiani Goldstars on Friday afternoon at the stadium.

Samuel Ofori's 71st minute goal from the spot was enough for Nsoatreman FC to win the maximum points at the Nana Amoah Koramansa Sports stadium.

The Eastern regional derby came off at the theater of Dreams in Dawu on Saturday where Dreams FC recorded their 2nd consecutive victory of the season, defeating debutants Kotoku Royals by a lone goal.
Ali Huzaf's 71st minute strike was enough to hand coach Ignatius Osei Fosu his second victory in two league games this season.

Accra Lions pulled a surprise as they defeated Karela United by 2:1 at the Accra sports stadium on Saturday afternoon.
Samuel Gyimah and Daniel Kwame Awuni scored for the homeside in the first-half while substitute Enock Agblenyo grabbed the consolation goal for the Aiyinase based side in the second half.

The biggest fixture of the weekend was at the Accra sports stadium on Sunday when Accra Hearts of Oak hosted Accra Great Olympics.
The Phobians are still without a victory as they were held to a 1:1 draw by Accra Great Olympics.
The Dade Boys took an earlier lead following a faulty pass from Konadu Yiadom who failed to pick goalkeeper Eric Antwi.
Yussif Razak capitalized on the error to go put the ball behind the net in the 8th minute.

Former WAFA skipper Konadu Yiadom despite the error in the early minute rose to the occasion to level things for the Phobians with a towering header with a few minutes to end of duration.

Aduana Stars after defeating Hearts of Oak on matchday 1 journeyed to the Baba Yara Sports stadium to put up a scintillating performance against Kumasi King Faisal.
The Ogyaa boys defeated Alhaji Karim Grunsah's side by 3-2. Goals from Bright Adjei, Kwame Adom Frimpong and Solomon Aboagye was enough to win it all for coach Paa Kwesi Fabian's side while Haruna Mohammed and Elia Elias had the goals for the home side.

At the Tarkwa Akoon park, Samartex 1996 held Berekum Chelsea to a 1-1 draw on Monday afternoon.
Merzack Afriyie shot the visitors ahead in the 4th minute of the game before Abubakar Seidu responded with the equalizer 8minutes later.

Below are the results of the betPawa Premier League match day two .