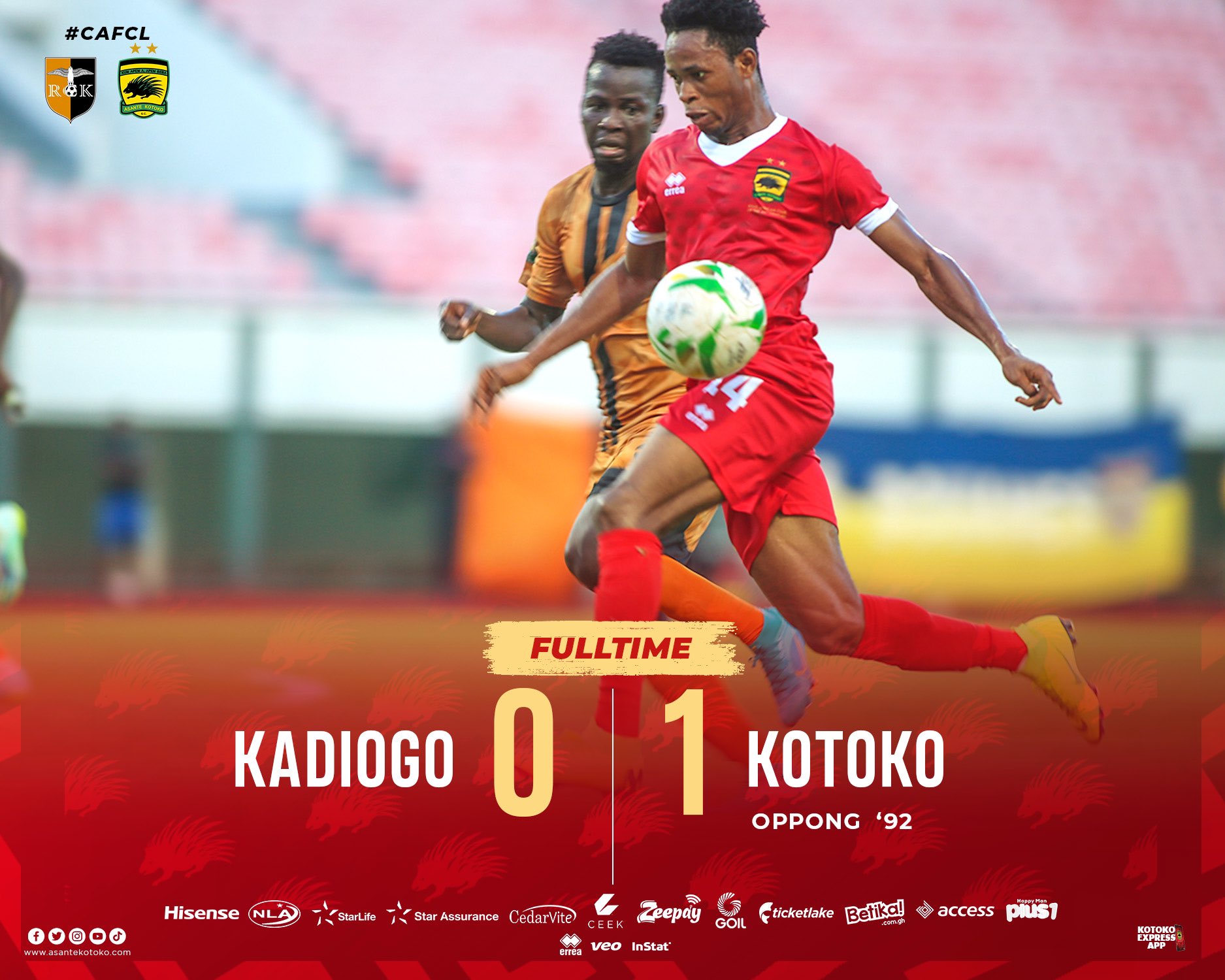 The “Porcupine Warriors” dominated play in the first half against the Burkinabe’s with several chances created, but failed to convert them.

Youngster Isaac Oppong who made a miraculous return from injury produced a brilliant stoppage-time winner against Rail Club de Kadiogo to give the Porcupines an important away victory.

The visitors had the opportunity to break the deadlocks in the game in the 18th minute after Cameroonian George Mfegue was set up by Isaac Oppong at far post with a low cross but missed the post by inches.

Kadiogo came into the game from the 30th minute mark, taking the game under control and mounted so much pressure on Kotoko but also couldn't find the net, ending the first half of the game in a goalless draw.

Oppong scored two minutes into stoppage time, sailing his way through the Burkinabe defense to slot home with his left foot to secure the all-important three points.

The slender win hands Ghana’s representatives in the CAF Champions league a slight advantage heading into the reverse fixture scheduled to be played on Sunday September 18, 2022 at the Baba Yara Sports Stadium.

The Porcupines are expected to arrive in Ghana on Tuesday to begin preparations for the second leg clash.