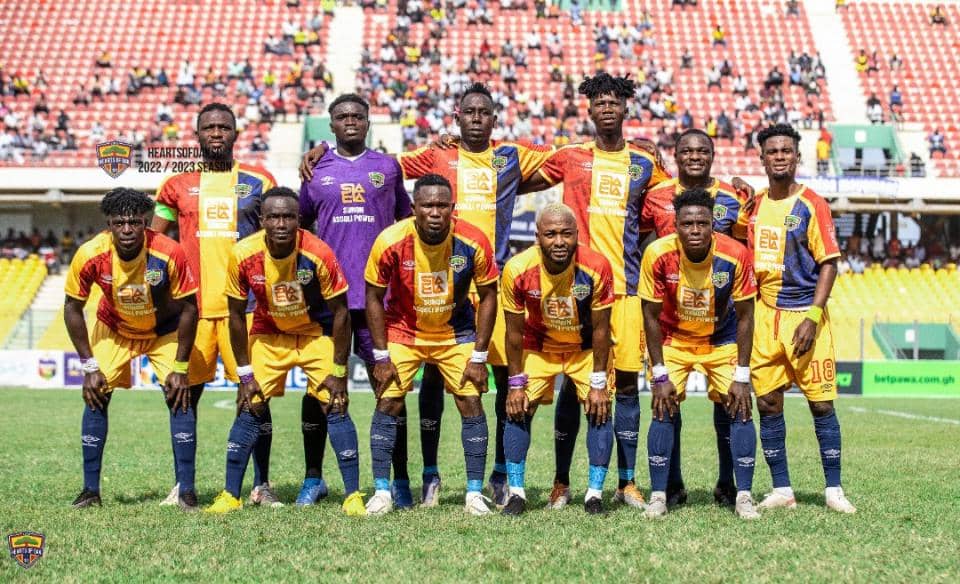 Accra Hearts of Oak have been eliminated from the 2022/2023 CAF Confederation Cup campaign despite defeating AS Real Bamako by a lone goal.

The former champions started on a good note, creating the first corner kick which was well taken but was dealt with properly by the Malians.

Real Bamako who came into the game with a three-goal lead looked really comfortable on the ball throughout the entire first half, holding the home sides to a goalless draw.

David Ocloo's side kept knocking on the door to get the opener, but all efforts proved futile. Isaac Mensah came closer to breaking the deadlocks, but his header missed the target by inches.

Back from recess, the phobians began with the introduction of Ibrahim Salifu, Kwadwo Obeng Junior and Mohammed Alhassan.

Salifu Ibrahim was superb since his introduction into the game after recess, but his contributions couldn’t yield results from open play. Caleb Amankwah broke the game’s deadlock after several attempts in the 90th minute with a goal for the Phobians.

The defeat means no Ghanaian club will be competing in the group stages of any CAF's competition this season with Asante Kotoko being eliminated earlier by Kadiogo.

After the game, fans of the club expressed their fury by deflating the car Tyre of board member Vincent Odotei Sowah.

The supporters blame Vincent Odotei Sowah and another board member, Alhaji Akambi Moro for the club’s inability to progress to the group stage of the CAF Confederation Cup. They attribute the defeat to poor managerial decisions by the board of the club.

Fans of Accra Hearts of Oak are angry because they have exited the #CAFCC .

This is what they did to the car of their board member, Vincent Odotei Sowah