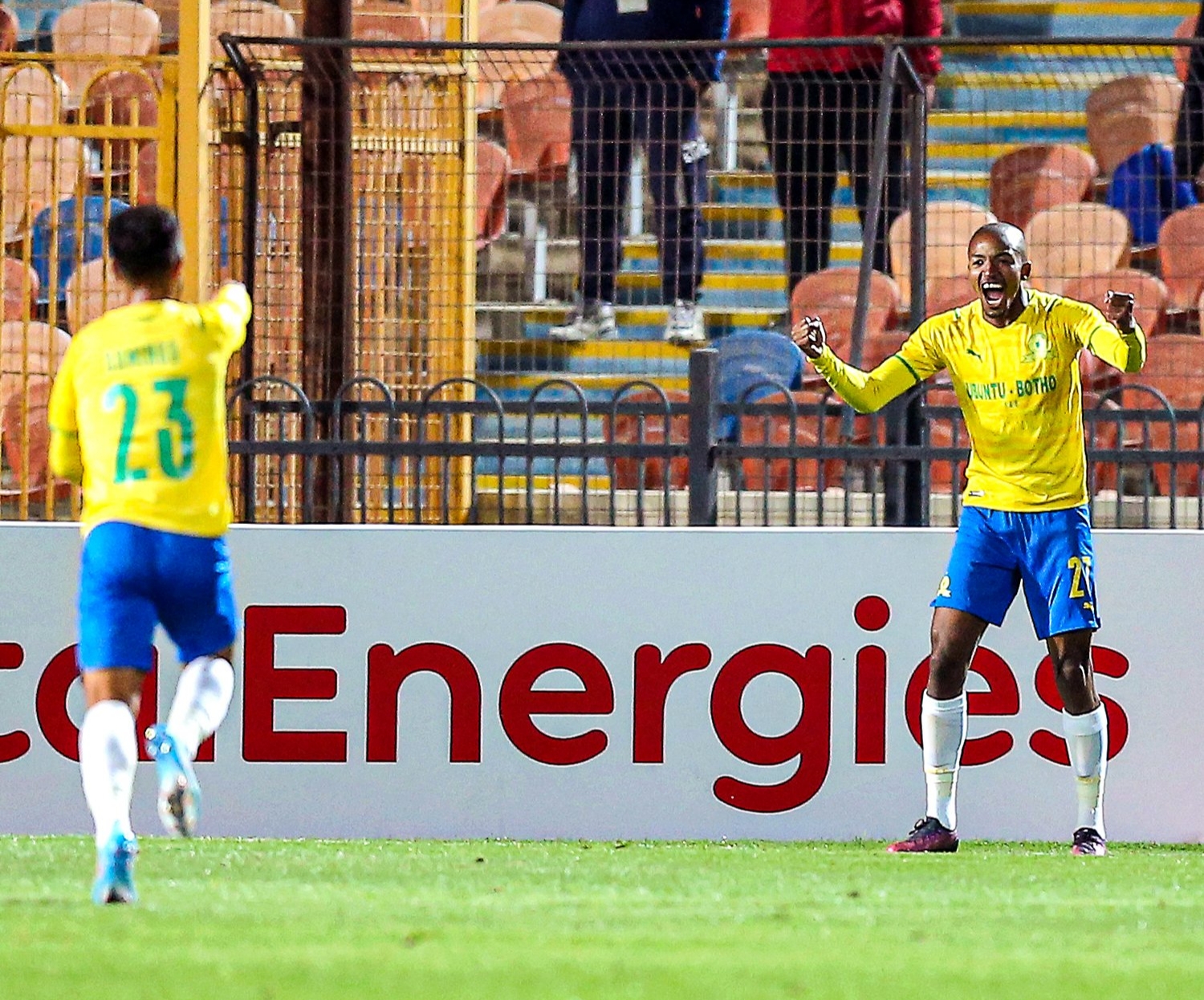 Reigning South African champions Mamelodi Sundowns registered their first ever victory over Al Ahly in Cairo on Saturday night, as they cemented their place at the top of the group A in the CAF Champions League.

Sundowns had previously played Ahly five times in Egypt but had never registered a win there. The only victory Sundowns had registered over the Egyptian giants were in South Africa, the biggest one being the 5-0 win in Pretoria during the 2019 edition of the Champions League.

This time round, they were determined to get a win in Egypt, and they put up a dogged display on Saturday night, 26 February, winning 1-0 thanks to a goal from substitute Thapelo Morena.

The victory takes group A leaders Sundowns to seven points after three matches, while Ahly are on one point after two matches. The defending African champions are still looking for their first victory of the group stages in the current edition of the competition.

There were concerns for Sundowns going into the game, with some injuries to key players. Probably the biggest injury for Sundowns was that of number one goalkeeper Denis Onyango, but Zambian shot-stopper Kennedy Mweene stepped in and did a phenomenal job, making crucial saves as Ahly were denied a goal on home soil.

Mweene kept Sundowns in the game long enough for them to finally get the winning goal in the last five minutes of the clash, as the speedy winger beat Ahly goalkeeper Mohammed El-Shenawy with a powerful shot after he was assisted by midfielder Haashim Domingo.

Ahly had their chances to score but did not use them.

The South African giants @Masandawana are going back home with the three points after a late winner vs. the title-holders @AlAhly! 💫#TotalEnergiesCAFCL | #ASCMSFC | @Football2Gether pic.twitter.com/15B9eg0tac