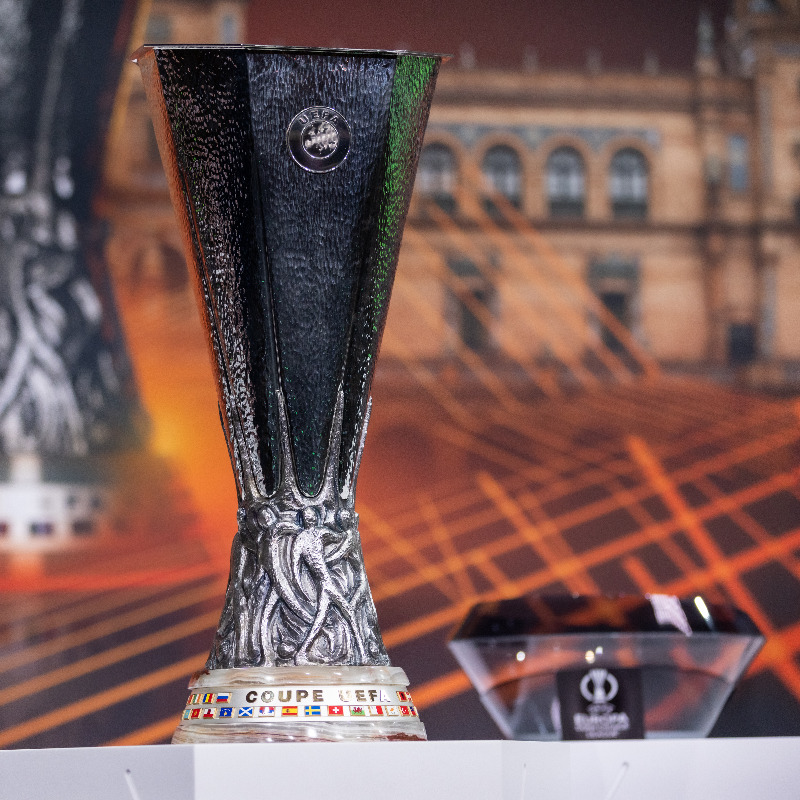 Fc Barcelona of Spain have shocked themselves after failing to see off visiting Franfurt from Germany last night at the Nou Camp.

The visitors had played out a 1-1 draw with the Spanish giants in the away leg. The return leg seemed easy on paper for the host but Xavi's team found themselves trailing at home 3-0 at one point in time.

Filip Kostic put the visitors ahead 4 minutes into the game from a penalty spot and later assured security at the 67th minute for the third goal. Rafael Santos earlier made it 2-0 at the 36th minute.

Barcelona attempted a comeback but very late in the game as Busquet and Memphis both scored in 90 minutes plus. At full time the board reads 4-3 in favor of the German side who make it to the semi finals of this season's Europa League.

Another shocking exit was recorded by FC Lyon of France as they were beaten 3-0 at home by visiting West Ham United from England.

The away game seemed to have favored Lyon when they played 1-1 in England last week. David Moyes and the Harmmers had other plans for their host as Craig Dowson, Declan Rice and Jarod Bowen scored on the night making it a sweet final score 4-1.

🖐️ Five big saves to choose from. Who did it best?

In the other quarter finals game another German side RB Leipzig edged Atalanta in Italy. The final score stood at 2-0 on the night after both sides cancelled out in a 1-1 draw in Germany last week. 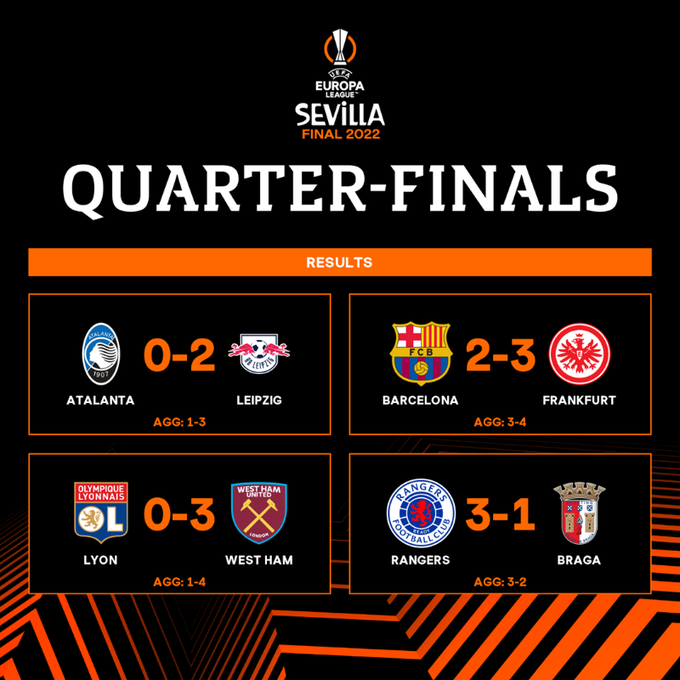