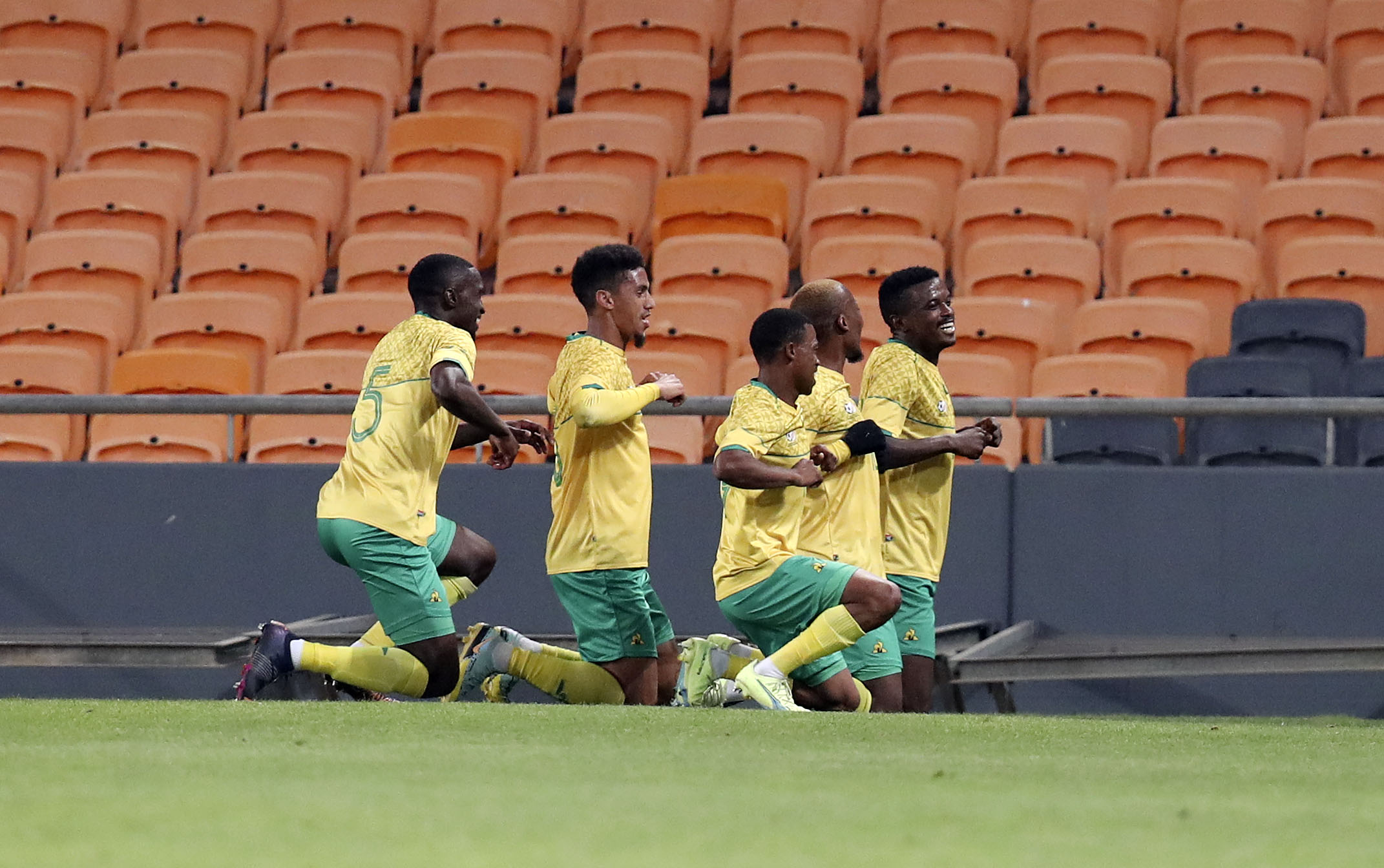 South Africa registered their second victory in a space of three days when they beat neighbours Botswana in an international friendly played at FNB Stadium in Johannesburg on Tuesday, 27 September.

On Saturday, the South African team known as Bafana Bafana cruised to a 4-0 victory over Sierra Leone at the same venue and were determined to continue where they left off when they came up against Botswana.

Bafana Bafana coach Hugo Broos made some changes to the team which played against Sierra Leone, giving the likes of Veli Mothwa, Siyanda Xulu, Khuliso Mudau, Siyanda Msani, Rushine de Reuck, Sibongiseni Mthethwa, Khanyisa Mayo, Goodman Mosele Ashley du Preez and Pule Mmodi a chance to start the game. Teboho Mokoena was the only player who was retained in the starting line-up.

Both sides tried to find their rhythm early on in the game, but there weren’t too many clear cut opportunities created in front of goal. Du Preez had two chances to give the hosts the lead, but his lack of experience at international was evident when he failed to convert.

South Africa finally took the lead seven minutes before half-time when Mamelodi Sundowns midfielder Mokoena rattled the back of the net with a well taken free kick from just outside the box. Mokoena is known as a set piece specialist and he lived up to it by giving the hosts a lead.

Bafana Bafana had plenty of opportunities in the second half to extend the lead, but their decision making in the final third let them down.

Botswana also had chance of their own and could have in fact drawn level. The Zebras, however, were not clinical in front of goal.

Teboho Mokoena got an opener for Bafana Bafana against The Zebras!