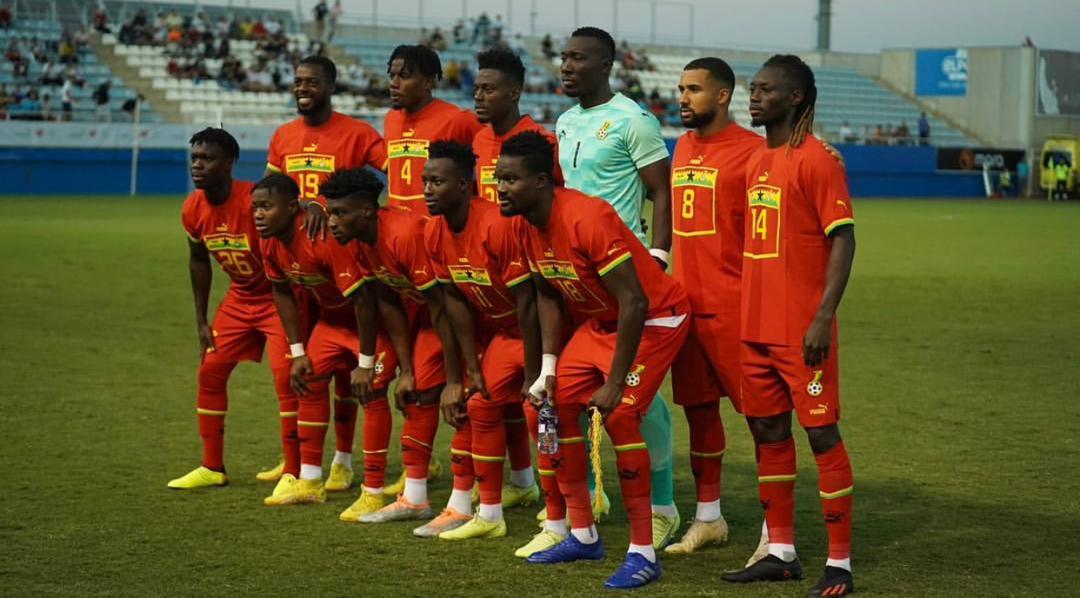 The Black stars of Ghana on Tuesday evening recorded a slim 1-0 victory over football minors Nicaragua at the Estadio Francisco Artés Carrasco in Lorca.

Coach Otto Addo made a couple changes to the team that suffered a humiliating 3-0 defeat to Brazil in France last Friday with Southampton defender Mohammed Salisu and Athletic Bilbao forward Inaki Williams getting their first starts whiles the Ayew brothers were kept on the bench.

The four-time African champions dominated the opening half of the game with several attempts to break the defence of the Central American side.

Otto Addo’s men came close to breaking the deadlock in the 18th minute when Osman Bukari was put through on goal but his effort was stopped by the Nicaraguan goalkeeper.
Ghana finally broke the camel's back in the 34th minute through Sporting CP midfielder  Abdul Fatawu Issahaku- who scored with a beautiful curler from the edge of the box.

Back from recess, Nicaragua had their first attempt on goal after Moreno sent in a beautiful cross but his effort went straight into the hands of Orlando Pirate's shot-stopper Richard Ofori.

Kudus Mohammed doubled Ghana's lead in the 54th minute but the goal was ruled out for an offside.
Inaki Williams 66th minute effort was again denied by the Nicaragua goalkeeper after he was put through on goal by Issahaku.

The Black stars after several attempts, failed to get another goal as they ended their second friendly encounter with a slim 1-0 victory.

Al Sadd forward Andre Ayew however was introduced in the second half and has now equaled Asamoah Gyan's long held record as the most capped Black Stars player with 109 caps.

The Black Stars will play their last friendly against Switzerland before the World Cup begins in Qatar, where they will face Portugal, South Korea, and Uruguay in their group.