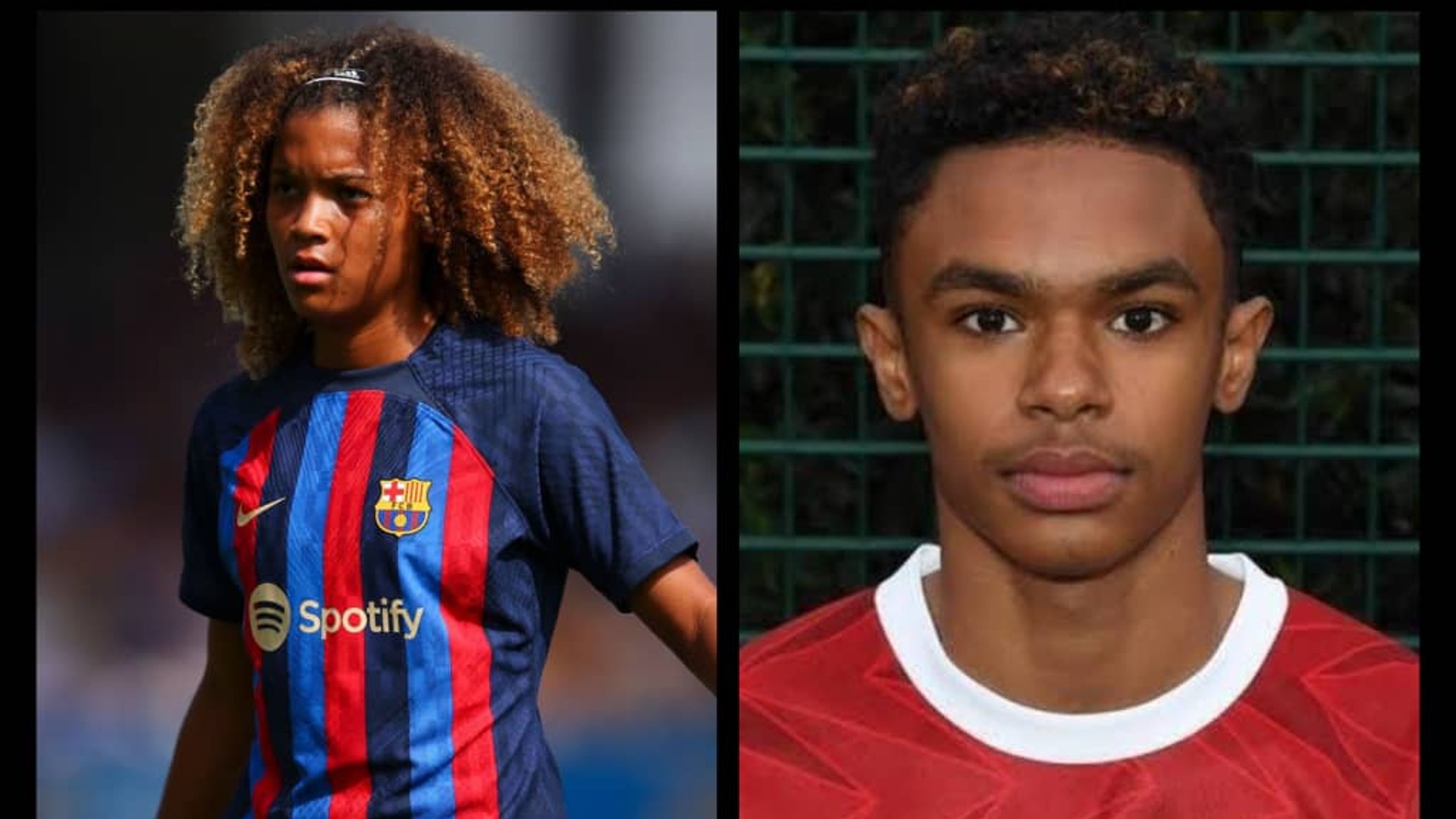 At 16 years, 1 month and 19 days, Lopez, who is a born in Madrid to a Spanish father and Nigerian mother became the youngest ever to play for the Spanish champions, after featuring in their 2-0 win over Tenerife on Saturday.

He is the first competitive debut for the Catalans by the 16-year-old, who last season became the youngest player ever to debut in Primera Iberdrola at just 15 years and 2 months with her former club Madrid CFF.

Before Lopez created latest record, Claudia Pina had previous held by a difference of three months, having been 16 years, five months and two days when the Spanish born made first appearance for the Spanish club.

And the forward, who is the young sensation is eligible to represent Nigeria at the senior level, enjoyed a winning debut as second half strike from Geyse Ferreira and Caroline Hansen powered Barcelona to 2-0 over Tenerife.

On his part, Nwaneri, born and raised in England by Nigerian parents, earned his historic Premier League appearance thanks to coach Mikel Arteta when he took the place of Portugal midfielder Fabio Vieira in the 92nd minute against Brentford at the Gtech Community Stadium.

Nwaneri, on making his first topflight appearance at 15 years and 181 days old beat the record held by Harvey Elliott, who was 1 6 years and 30 days old when he played for Fulham in 2019. Despite involved for just three minutes and 42 seconds, his first appearance was greeted by the return to winning ways for Arsenal.