NWFL Super Six 2022: Sponsor, fixtures, dates and teams in the race for the Premiership 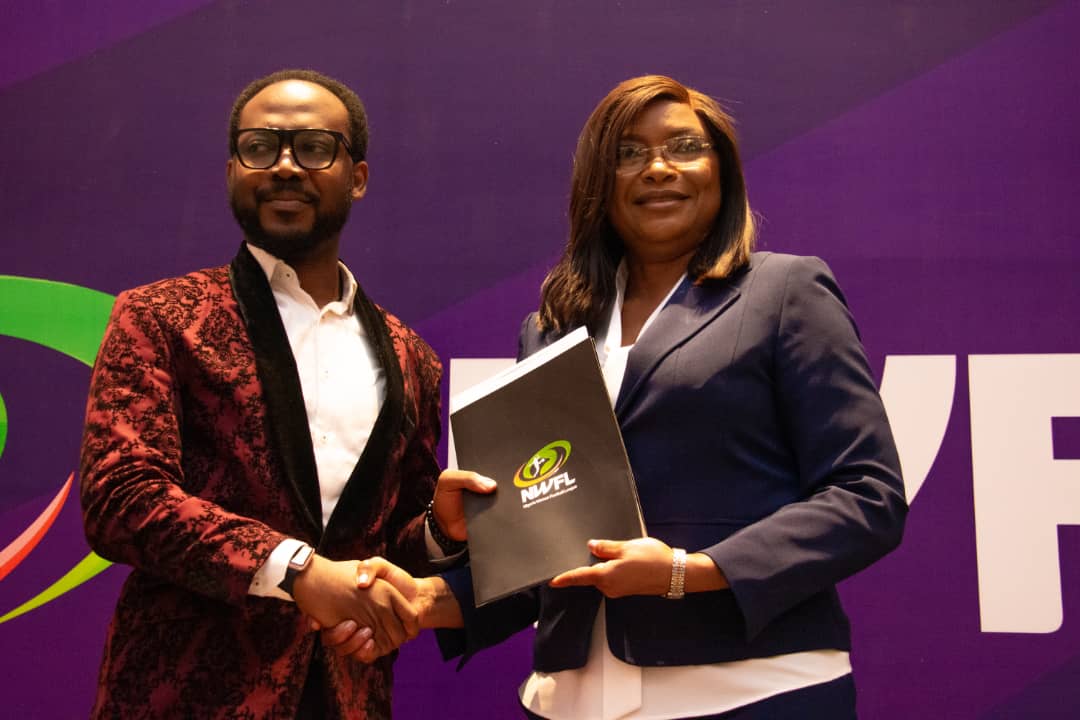 The Nigeria Women's Football League Premiership Super Six are among the most exciting, most followed, most competitive and most lucrative - women's football fixtures on the continent.

With six teams involved and a place in the Zonal qualifiers at stake, they make for some of the most competitive and intriguing games of the season following the completion of the regular campaign in March.

Ahead of the 2021-22 edition of the NWFL Premiership Super Six, SportNewsAfrica brings you everything you need to know, including the sponsors, teams involved, fixture dates, and more.

What are the NWFL Super Six?

The Nigeria Women's Football League [NWFL] Premiership Super Six in Nigeria are a series of round robin games used to determine the champions and to be the country's representative at the WAFU-B Women's Champions League.

The Super Six fixtures are played after the conclusion of the regular abridged Premiership season and feature the teams which finish in the top three in each of the two groups in the league.

A ballot system is used to allocate the round-robin fixtures, with six teams facing off against each other and the team with the highest points and goal difference emerge the league champions after five round of matches.

Sponsors and Organisers of the NWFL Premiership Super Six

The final league play-off to determine the 2021/2022 Women’s league champions and Nigeria’s representative in the zonal WAFU-B qualifiers for the second edition of the CAF Women Champions League later in November. 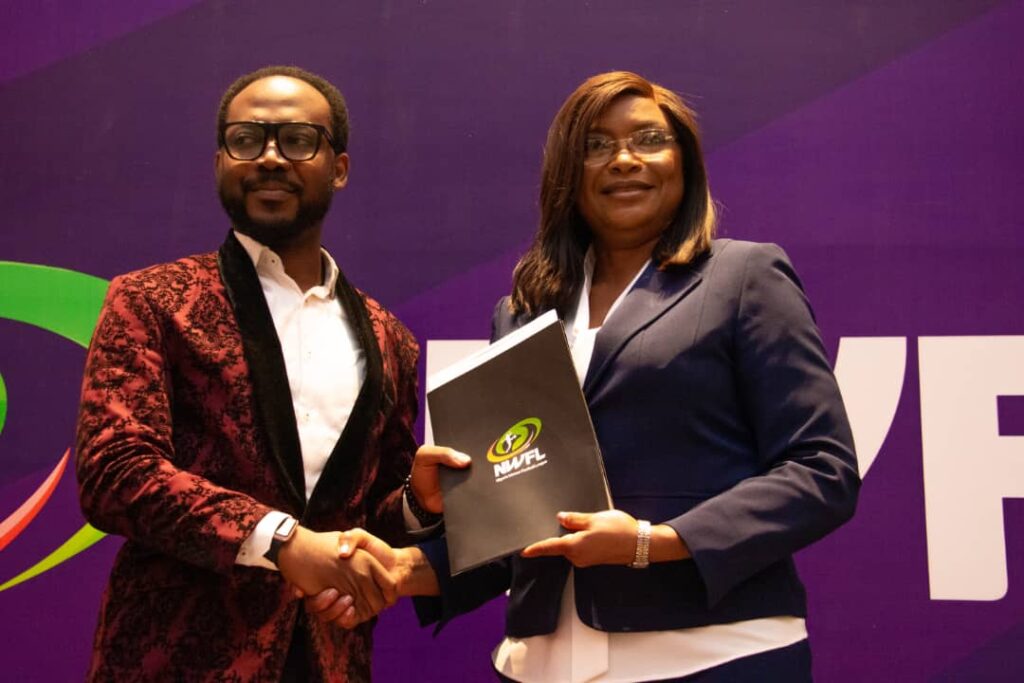 The NWFL Chairperson, Aisha Falode, Tuesday expressed her delight over Tulcan Energy Resources sponsorship of the 2021/2022 NWFL Premiership Super Six, which kicks off in Benin City on May 16.

Falode, who is also Nigeria Football Federation executive member, said, during the sponsorship unveiling ceremony that: "The Tulcan Energy Resources sponsorship, is a huge relieve for the league and a sign of better things to come" adding, that: It's a testament to the good works and consistency the league has demonstrated in the past."

Falode stressed: “The NWFL had endured over the years without a sponsor and now we have a Super League sponsor in Tulcan Energy. We are happy with the progress made after we struggled in the past years to pay Match Commissioners, referees and get the league running in the regular season.

"The NWFL Board use this opportunity to say a big thank you to the leadership of the NFF board and all those supporting us over the years. We are proud that eight of the Falcons’ regular team members at the last World Cup in France in 2019 came from the league. We thank Tulcan Energy for having faith in us.”

On the Tulcan Energy Resources sponsorship of the Super Six, Falode said that: “The sponsorship is to create more impactful, competition & more meaningful development in the Women's football league."

After the unveiling of the Super Six sponsors, the NWFL represented by the Chairperson, Aisha Falode and the representative of Tulcan Energy Resources, Dolapo Akinwale, signed the contract of agreement for the sponsorship on the floor of the event, the Ball Room 1 of the Lagos Marriott Hotel, Lagos.

The Tulcan Energy Resources representative disclosed after the unveiling ceremony that, the company will bankroll the total prize money for the NWFL Premiership Super Six, to the tune of N10 million. With the eventual champion taking home N5 million, second place N3 million and the third place, N2 million plus awards. 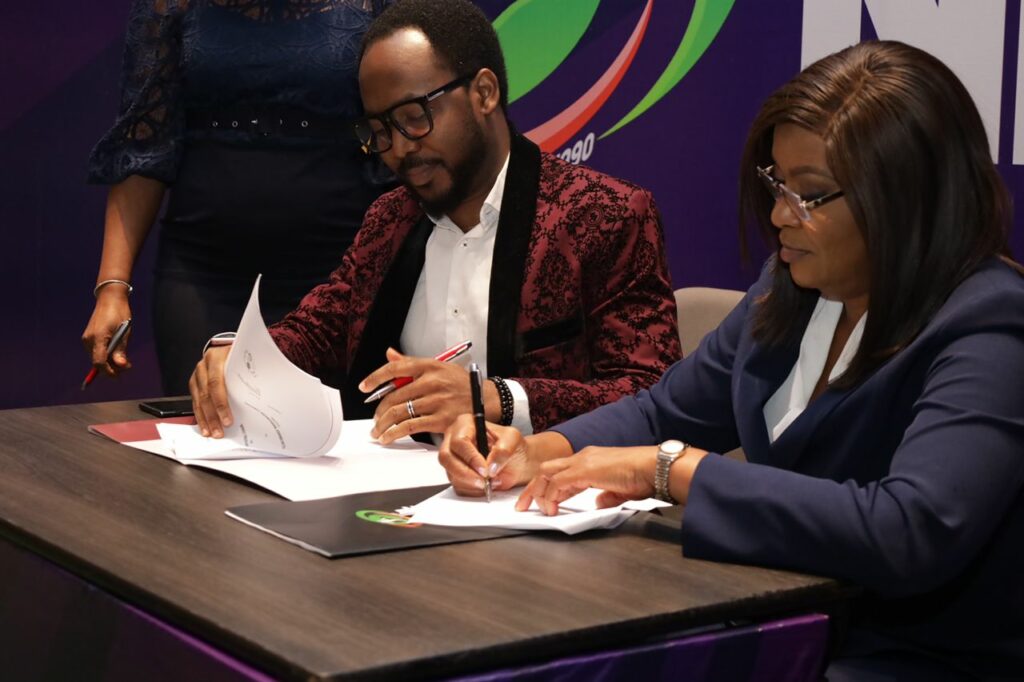 Which teams have qualified for the NWFL Premiership Super Six in 2022?

With 14 games of the regular season remaining, the first three teams from the two abridged groups entered officially in the hat for the 2022 NWFL Super Six following the final round of matches in April.

In Group A, Nasarawa Amazons seized the top of the standings with 27 points, followed by Edo Queens with 26 points and newcomers Naija Ratels with 18 in second and third respectively.

While, Bayelsa Queens claimed the summit in Group B with 24 points, defending champions Rivers Angels and Delta Queens esettled for second and third respectively to qualify for the Super Six tied on 23 points each.

When and Where is the NWFL Premiership Super Six 2022?

Samuel Ogbemudia Stadium in Benin City will host the games and it is the second time the venue will host the tournament after the 2017 edition, which was won by Nasarawa Amazons. 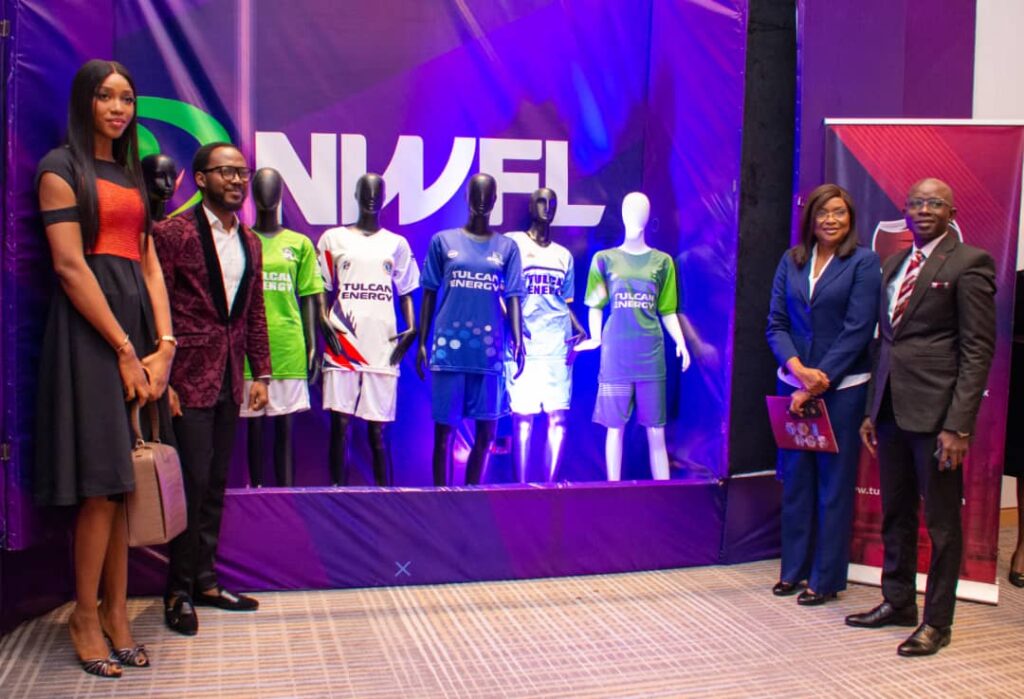 What are the NWFL Premiership Super Six 2022 opening games?

The NWFL Premiership Super Six take place after the conclusion of the regular season.

The biggest game will see holders Rivers Angels and favourites Bayelsa Queens relaunched their revalry after both facing off twice in the regular season. Other matches will feature Delta Queens and hosts Edo Queens in another South-south derby as well as a Northern derby between Nasarawa Amazons and debutants Naija Ratels.

In the second day fixtures, Naija Ratels vs Bayelsa Queens; Edo Queens vs Nasarawa Amazons and Rivers Angels’ duel with Delta Queens are the three games scheduled for May 17, with the first and the last game billed for the Samuel Ogbemudia Stadium while the second game comes up at the University of Benin Sports Complex.

On the final day of the Super 6 playoffs, Bayelsa Queens will face Nasarawa Amazons; Naija Ratels trade tackles with Delta Queens while Edo Queens and Rivers Angels will slug it out on May 22.

The NWFL has confirmed that there will be two rest days between the tournament on May 18 and 21. 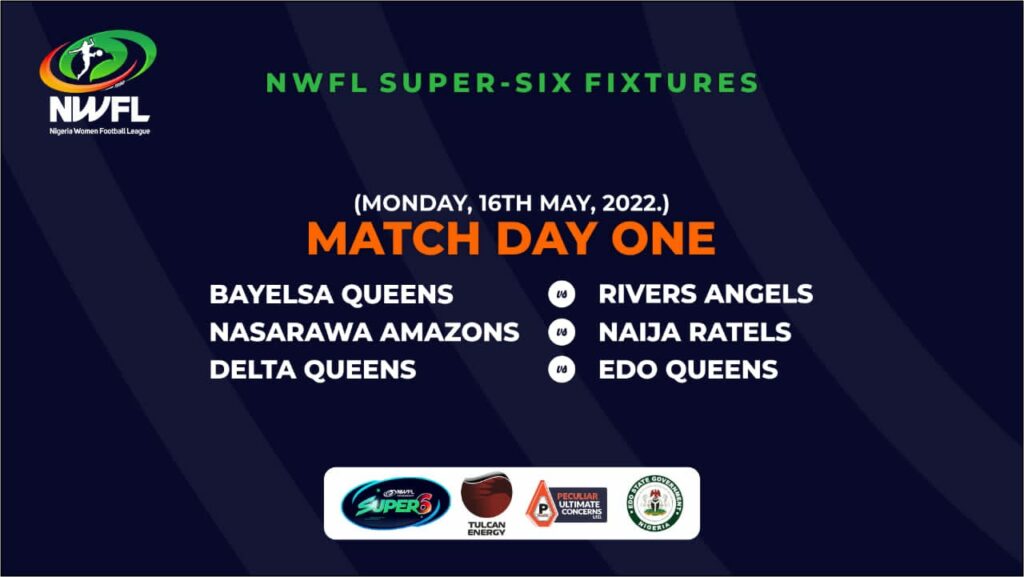 Rivers Angels won the NWFL Premiership Super Six in 2021, defeating Sunshine Queens of Akure 4-0 in Ijebu Ode in their final match on April 26.

Edwin Okon’s ladies went into their final encounter with eight points from four matches in the Round Robin tournament, while Sunshine accrued seven points from the same number of games.

With just a win needed to retain the title, Oghenebrume Ikhekua gave the holders the lead with the opener two minutes before Vivian Ikechuchwu doubled the lead a minute from half-time. 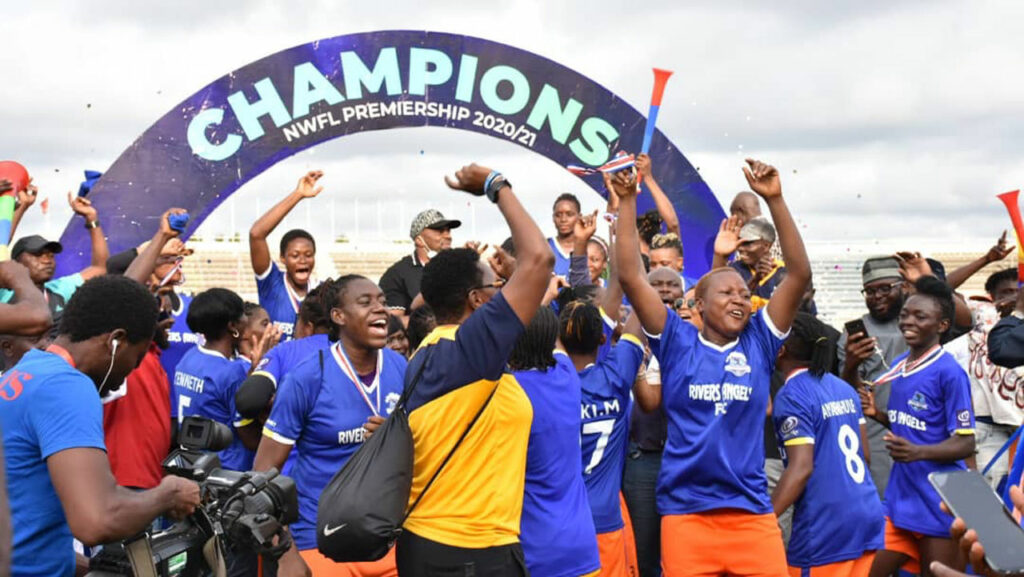 After the restart, Alice Ogebe extended Rivers’ lead to three in the 63rd minute before Maryann Ezeanagu struck 11 minutes from full-time to wrap up their third consecutive four-goal victory.