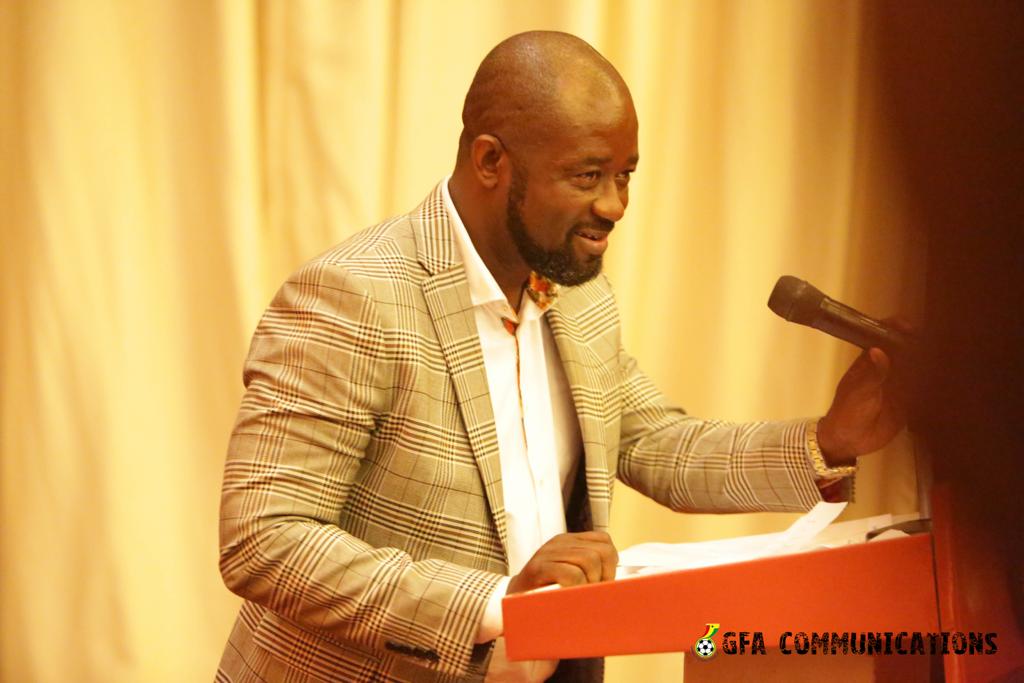 The President of the Ghana Football Association, Kurt E.S Okraku has urged Black Stars players to put up their best for the country in the upcoming Qatar 2022 FIFA World Cup.

Ghana will be making their fourth at the Mundial are in Group H alongside 2016 European champions Portugal, Asian giants South Korea and inaugural winners Uruguay. The team will open its campaign against Portugal on November 24 at Stadium 974 in Doha.

Addressing the team at the camping base in Abu Dhabi, the GFA president plead with the players to always pay attention to details because they have what it takes to the world stage.

"Having come this far, it is important for all of us to keep the team spirit and the common vision that all of us have placed before us. We have been here and we reached the quarterfinals stage and this makes us competitive enough to play at this level"-he pleaded.

This is possible when I come to stand in front of you, you pay attention, listen to what I have to say. We are not here to joke, the last time Ghana was at the Mundial we played against Portugal and at the end of the game Ghana scored two, Portugal scored one but Portugal won the game. Three goals were scored in the game.”-he added.

“Staying together and doing exactly what your technical team will tell you. If you behave in the way we behaved in the friendly against Brazil in the opening minutes, we cannot be winners, all of you know how we conceded the goals”, he concluded.

The Black stars opened training camp at their base in the UAE capital on Monday with 26 players. The Black Stars will come up against Switzerland in a friendly on November 17 before they arrive in Doha on November 19 for the tournament.