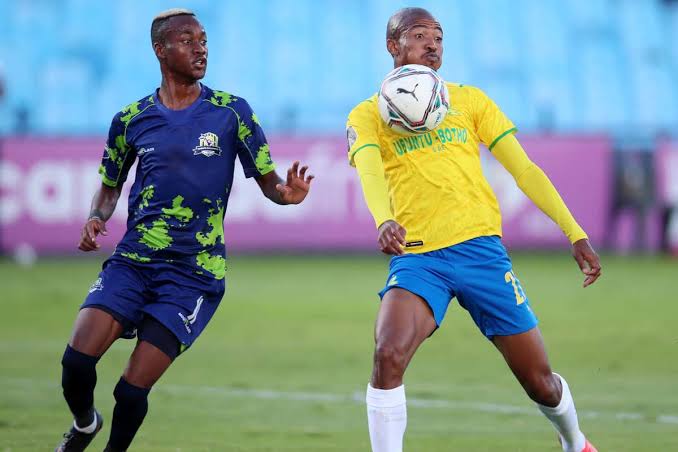 Mamelodi Sundowns wrapped up their season in style by winning the Nedbank Cup final in South Africa, as they completed another domestic treble.

Sundowns went into the final against Marumo Gallants on Saturday, 28 May, with two titles in the bag already this season. They had won the MTN8 and the DSTV Premiership, so they were determined to get their hands on a third title.

They did exactly that, winning the match 2-1, thanks to a late goal in extra-time by Thapelo Morena. The two sides could not be separated in regulation after Peter Shalulile opened the scoring for Sundowns in the first half, before Gallants substitute Junior Dion levelled matters just two minutes after coming on as a substitute.

Gallants were dealt a huge blow during the second half of extra-time when midfielder Phillip Ndlondlo was sent off for a second bookable offence. At the time Ndlondlo was shown his marching orders by the referee, the game was tied at 1-1 and it looked as though it would be decided on penalties.

But Sundowns took advantage of the situation by putting pressure on the 10 men of Gallants and they were finally rewarded in the final three minutes when Morena calmly slotted home from close range after he was beautifully set-up by teammate Themba Zwane.