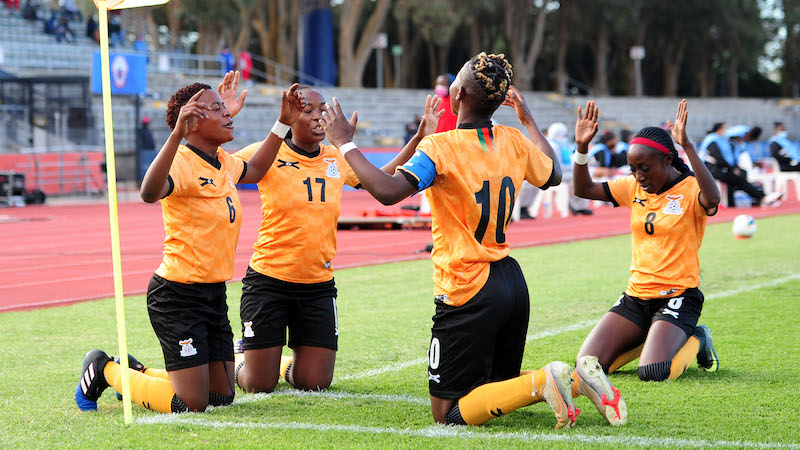 Zambia’s Copper Queens registered a crucial win in their second Women’s Africa Cup of Nations clash, overcoming North Africans Tunisia to go top of the standings in group B.

After playing to a goalless draw in their opening group clash against Cameroon, the Zambians put up a brave display when they faced Tunisia on Wednesday, July 6, registering a narrow 1-0 victory to move to four points. The winning goal was scored by substitute Avell Chitundu during second half stoppage time.

Both sides were unable to find the back of the net in the first half, but the Zambians could have gone into the break with the lead had Ochumba Oseke Lubanji not missed a penalty just after the half hour mark.

That did not affect the Copper Queens that much, as they came out for the second half with the same energy, determined to break the deadlock. They thought they had taken the lead when Xiomara Mapepa’s freekick rattled the back of the net in the 69th minute, but the goal was overruled by VAR.

The Zambians kept on pushing for the winner and they were duly rewarded when Chitundu netted the winner in the second minute of stoppage time, giving the southern African side all three points.

Zambia will play Togo in their final group match on Saturday, July 9.

Tunisia, meanwhile, are second in the group on three points.