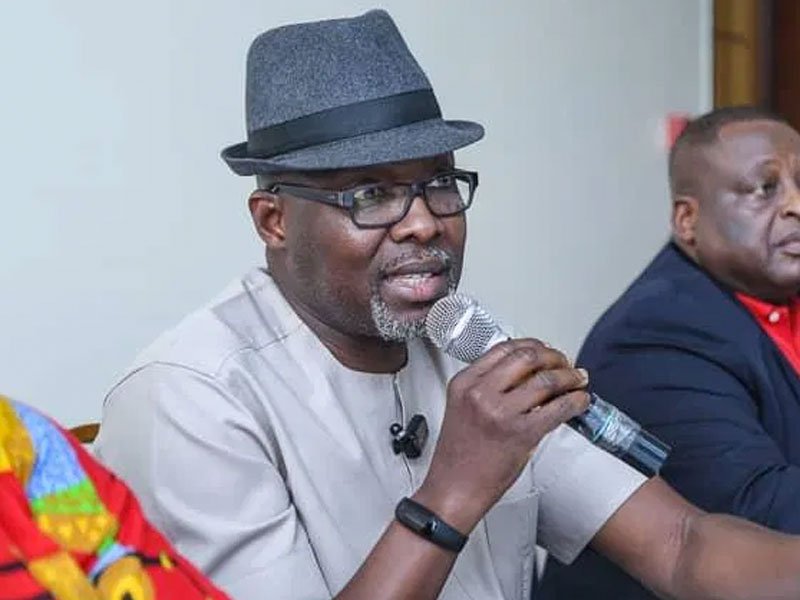 Orbih set to get off the mark

The board of the Badminton Federation of Nigeria (BFN) finally released its programme of activities for the year 2022 after recovering from some turbulences that halt their take off last October along with other sports Federations.

The Federation had been plunged in crisis following litigations that were resolved in March on the back of reconciliation and consolidation of interests and programmes, with the board having it inaugural meeting.

During the meeting, the BFN president, Francis Orbih urged all to sheath their sword as reconciliation of aggrieve parties has taken place.

The board was further strengthened with the drafting of co-opted members such as Yahaya Faruk, Sam Addingi and Gabriel Gbayan, while a suspended player, Abdulfatai Salaudeen who hitherto headed the Players’ Association was pardoned following the acceptance of a letter of apology from him.

His suspension as well as that of the other executive members of the Players’ Association was lifted. At the inaugural meeting of the BFN, existing subcommittees were reconstituted while some new ones were created, with the Women Development Committee, Welfare Committee and Ethics and Disciplinary Committee those new arms of BFN.

According to the president, the Women Development Committee was created to provide solutions to the dearth of women players and administrators as well as to encourage more participation of the feminine gender in badminton. 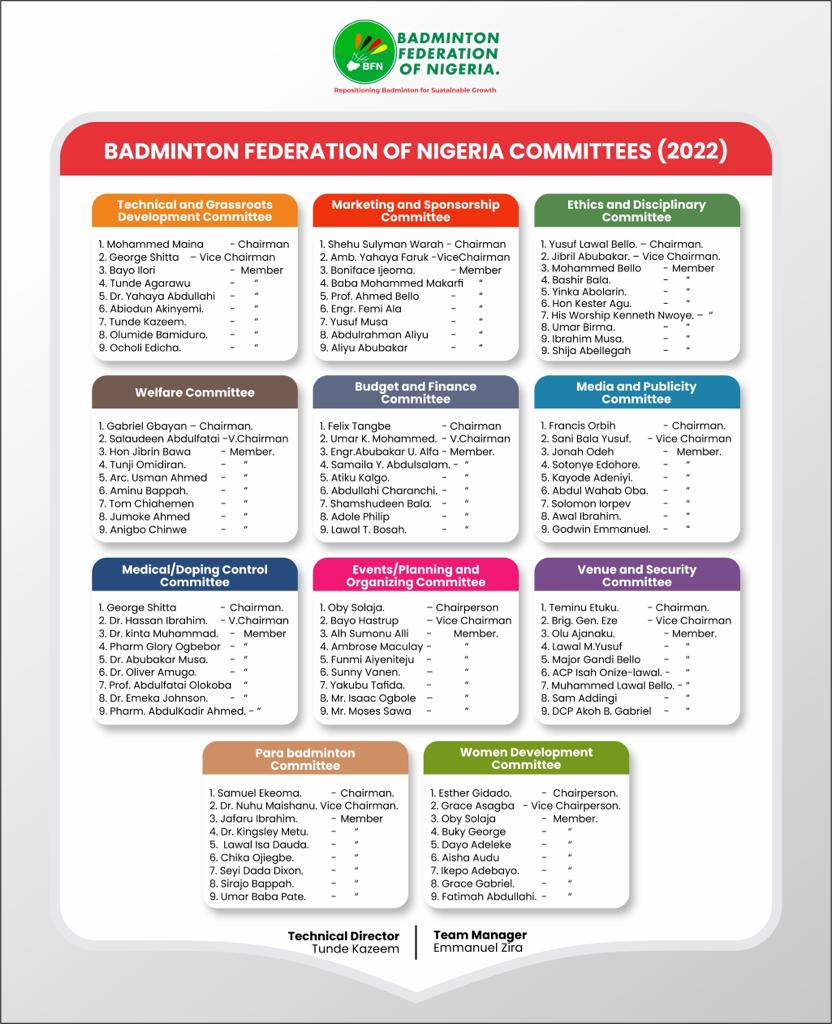 The committee is to also assist in discovering and developing female players for better performance. Another addition to the arm of government is the Ethics and Disciplinary Committee which is saddled with the responsibility of instilling discipline among players and officials as well as the review of the existing Code of Conduct.

The Welfare committee is to cater for the welfare needs of stakeholders especially the players.

Orbih, rolled out the BFN’s programmes and called on all to support it having its core thrust to grassroots sports development, women and disabled persons inclusions as well as expanding the frontiers for national and international participation.

To achieve the objectives, he pointed at the legacy project of a Badminton Complex which has to be given prime attention as the BFN is collaborating with the Chinese partners and the Federal Ministry of Youth and Sports Development to deliver the project which will be the first of its kind in Africa. 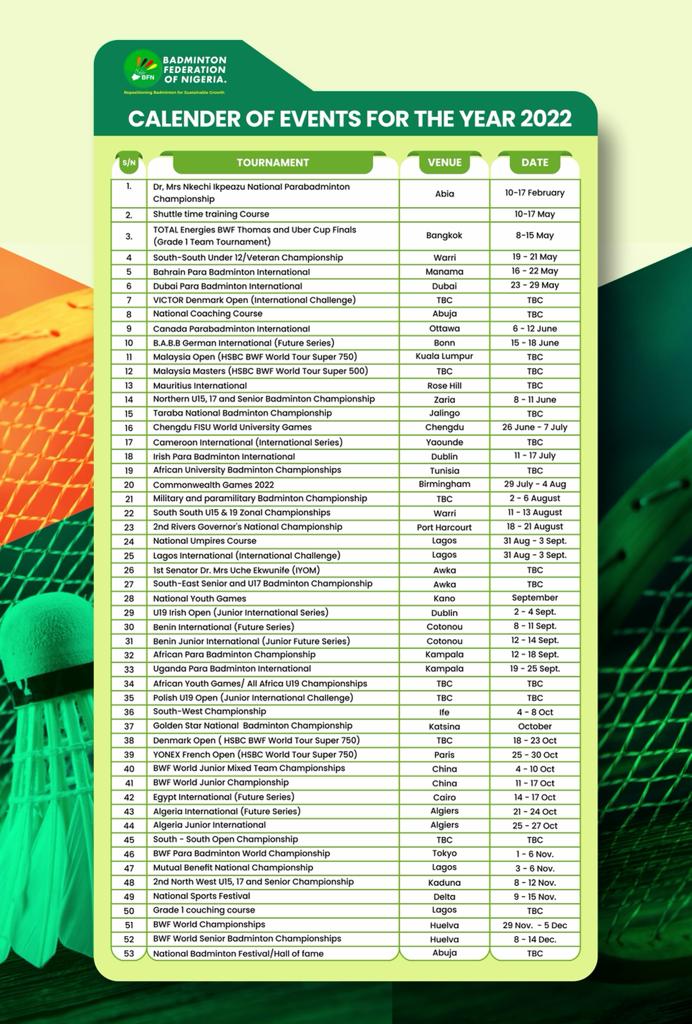